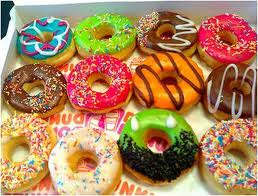 Donuts. We all love them – including me. However, I eat gluten-free. So, bummer – I do not get to partake in Krispy Kreme and Dunkin' Donuts goodness. Today is National Donuts day. Thought I would share some places to get FREE donuts.


Krispy Kreme will be giving away a free doughnut of any variety to every customer at participating locations, while supplies last. No purchase necessary. Click here to find a store near you.

At Dunkin’ Donuts, customers will receive a free doughnut with any beverage purchase. The chain’s much-buzzed about Glazed Donut Breakfast Sandwich also makes it debut on the permanent menu at Dunkin’ Donuts restaurants today. The 360-calorie sandwich features bacon and a pepper fried egg on a glazed yeast ring donut. (If you try one, let us know what you think in the comments!)

Tim Hortons is offering a free doughnut with any purchase on Friday, but be sure to print this Facebook coupon and bring it with you to redeem the deal.

LaMar’s is giving away one free doughnut per person with no purchase necessary. Plus, a portion of this week’s sales are being donated to The Salvation Army to the Oklahoma tornado relief effort. (Eat well and do good!)

For the third year in a row, Entenmann’s will donate $1 to the Salvation Army for every new “Like” on the company’s Facebook page through June 15, up to $30,000. Click here to check it out. You can also enter for a chance to win free Entenmann’s doughnuts for a year.

And you can visit DonutDayUSA.com for donuts in your area! 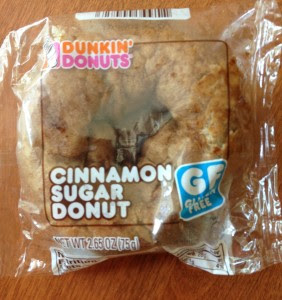 And for you gluten-free eaters - there is hope! A few select Dunkin’ Donuts restaurants in the Boston and Miami areas are currently carrying gluten-free muffins and donuts!

Kinnikinnick has some great varieties for you - if you live in other areas, like me! Yum - cinnamon sugar and chocolate dipped donuts! (These should be avail in A LOT of grocery stores!) 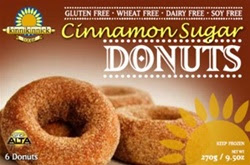 "Sisters by fate. Friends by Choice." 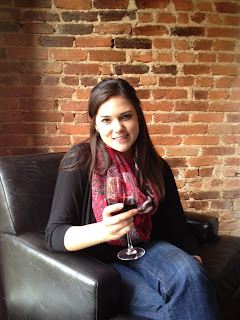 This post is simply dedicated to my sister. We work very close to one another. So, yesterday, we decided to go out for a little wine Happy Hour at Sonoma and a healthy dinner at Sweet Green (avocado and chick pea salads anyone!?). I am sure men cringe when they read the choices of our special places!

Being around my sweet sister is a joy. She is such a talented lady – so beautiful, creative and kind. It is nice having her up in here in the city with me. Even though, we work all the time, it’s nice knowing she is a walk away or just down the hall.

I always read posts on Pinterest about sisters. This one rings true, “Sometimes being a sister is even better than being a Princess.” I would agree. 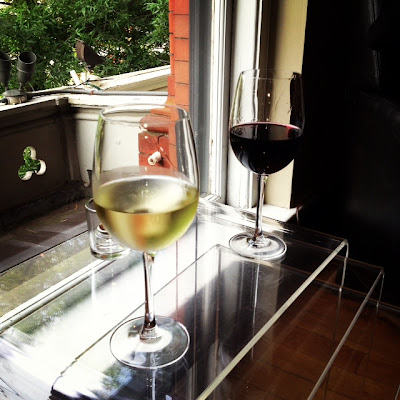 Posted by Unknown at 6:24 AM No comments:

Hats Off to Women!

A study in a recent Washington Post article says, "Nearly 40 percent of mothers are now the family breadwinners." Does your jaw drop like mine? 40% is not a number to scoff at. Wow. As times change, so does the role of women. 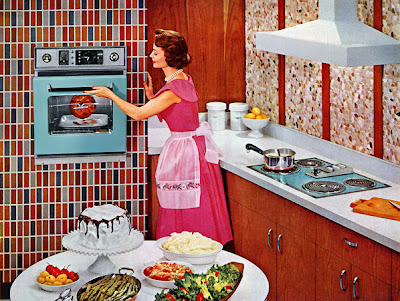 The article goes on to say,


"The number of married mothers who out-earn their husbands has nearly quadrupled, from 4 percent in 1960 to 15 percent in 2011. Single mothers, who are sole providers for their families, have tripled in number, from 7 to 25 percent in the same period." 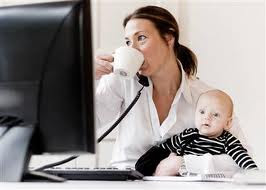 According to the study, a majority of those they polled think it's best for a mom to stay at home with her kids; however, nearly 80 percent of Americans don’t think mothers should return to a traditional 1950s middle-class housewife role.

So, what is best - for a mom to stay at home or help out with the family expenses? Or is there a middle ground?

Posted by Unknown at 5:23 AM No comments: 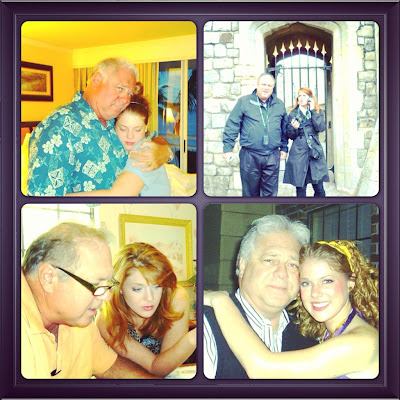 Let’s just talk about dogs and Benadryl. I thought I would NEVER have a dog that was sensitive about his feet. I mean, really – it’s just a paw covered in hair. Right?  Well, boy was I wrong.

Dallas was a rescue dog. I adopted him for Lucky Dog Animal Rescue (I would highly recommend this animal rescue place!)  He is sweet as ever, but is a little jumpy with new people and environments – rightly so.

Well, while he was in Texas for Christmas with my family, he had a bad experience at the groomers. Though Petsmart would not say – I think someone pinched his paws with the nail clippers and he has never been the same since. My sweet dog, growls at me when I reach down to touch his little feet.
No one would groom him – because they could not muzzle him. Nightmare of my life because he is Cocker Spaniel and has pretty unruly hair (not really, I am being dramatic. But, it was a serious problem.) 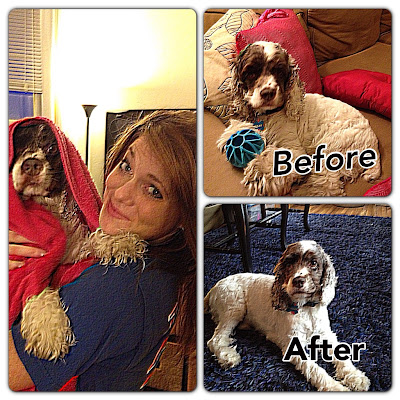 I went to an online forum and looked into “how to groom a dog’s paws” and found lots of methods…etc. One thing I saw as a sedative was Benadryl. Now, I am not one to medicate my dog. But, desperate times call for desperate measures.

Apparently, dosage wise you are supposed to give your dog 1 mg. per pound. That means Dallas needed to have one pill because he is 25 lbs. Let me tell you, after one pill he was not feeling a thing. I don’t know if my dog has some sort of pill resistance, but I doubled the dosage up. DISCLAIMER: I am not an animal professional.

However, two pills actually helped out a lot. It’s not like he was a peach to groom – but my boyfriend and I could actually hold him down to shave. And these are the results - ABOVE!

If your dog has paw sensitivity, I would highly recommend Benadryl. Remember 1 mg per pound. But, as a dog-lover know you want the best for your pet – and having gross hair matt up their feet is not the best!

Feel free to share your best practices below!
Posted by Unknown at 9:04 AM No comments:

Yesterday, a violent tornado ripped through Oklahoma. Its winds destroyed neighborhoods and schools. Children were killed and lives shattered. This year has been full of needless sorrow. May we cling on to God tightly in these times! I pray he comforts the hurting and depressed. 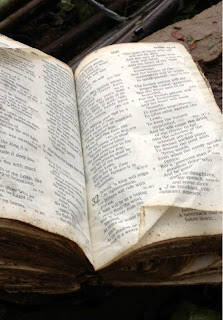 While reading The Christian Post this morning, ran across a story that provides hope in such a trying time. A Bible was discovered among the debris – and it was open to Isaiah 32:2. It reads, "A man will be as a hiding place from the wind, and a cover from the tempest."

Remember to #PrayforOklahoma - specifically lift up the families who lost loved ones and their homes. God can restore. May we pray for His healing hands to comfort them in this desperate time of need.

If you have the resources, you may want to think about donating via The Red Cross or helping in the relief effort.

Read the FULL Christian Post article here.
Posted by Unknown at 7:08 AM No comments:

What Does Your Favorite Yoga Pose Say About You?

I found this article very interesting. If you can't tell from my posts, I absolutely enjoy yoga. It is by far my favorite form of exercise. If you have not tried it - it is more of a workout than you think.

I used to think yoga was easy - but in fact, it is challenging and competitive in nature (you just compete with yourself!). It is fun trying to master new poses. And, the way you feel after a workout is amazing.

My favorite pose is the pigeon pose - so that means: 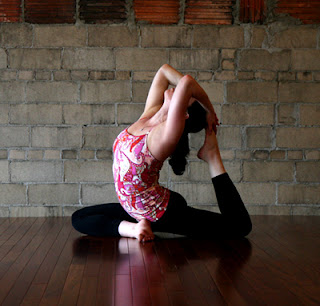 You’re not intimidated by a little discomfort and crave the release that comes from working your edges. People who love Cobbler’s Pose, Pigeon Pose and Split Pose also tolerate emotionally charged situations well — the hips are often storehouses for unprocessed emotions, and many people shy away from these poses because they aren’t comfortable with accessing the hidden feelings they may have. Just remember that boundaries are healthy. You don’t want to overextend yourself, making you either overly vulnerable emotionally or prone to muscle pulls physically.

Click here to find out what your favorite YOGA pose says about you!
Posted by Unknown at 8:14 AM No comments: 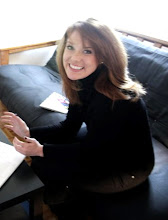 My little bundle of joy - when I refer to "Dallas" in my postings, this is who I am talking about! 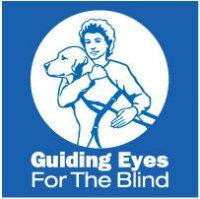 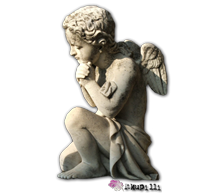 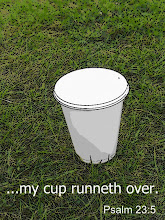 Click the Image Above to Visit My Poetry Blog